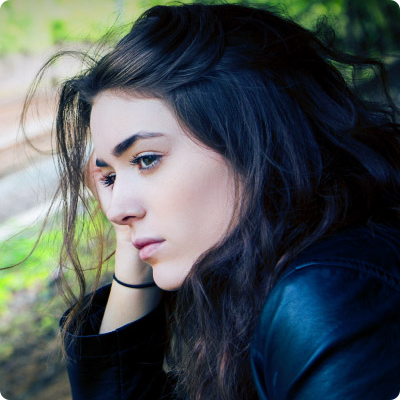 Have your gums ever bled when you were flossing? Here are some reasons why that may be and what you can do to stop your gums from bleeding when you floss.

Why Your Gums May Bleed When Flossing

If your gums bleed when you floss, this most likely means that you actually need to floss more often! Irritated gums bleed due to plaque buildup between your teeth and under your gumline. Plaque is a sticky layer of bacteria that is constantly forming on your teeth, and if you don’t remove it by proper brushing and flossing, it can turn into tartar (a hard layer that must be removed by a dental professional). Tartar will contribute to gingivitis, so it’s important to remove plaque before it hardens. Bleeding gums may also indicate a dietary deficiency of niacin, or vitamin A, C, or K.

How to Prevent Your Gums From Bleeding

To battle bleeding gums, step up your oral care habits and check to make sure you’re using your dental tools correctly:

A healthy diet is also important in keeping your gums healthy. Food particles and residue from sugary foods and drinks can get stuck between your teeth, causing a buildup of plaque that may irritate your gums and eventually lead to more serious gum disease and eventual tooth loss.

Follow these recommendations to help stop your gums from bleeding. However, you should also come in to see us so Dr. Henley can determine the exact cause of your dental discomfort. Contact us today to schedule your next appointment!

We would love to hear from you! Complete the form below and a member of our team will get in touch with you shortly.